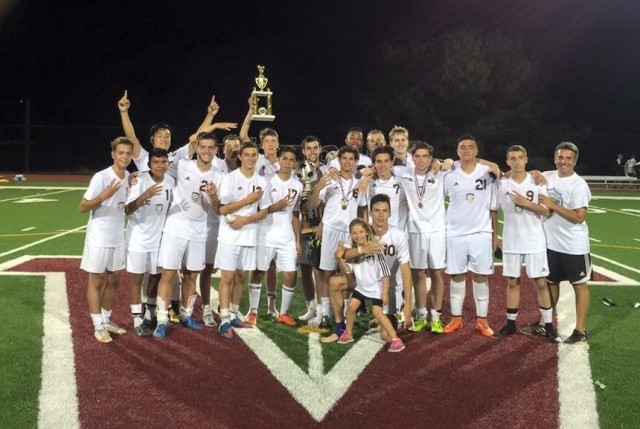 What a year it was for our Varsity Boys Soccer team! Coming off an impressive 2014 campaign, expectations were high however the big question was how do you replace 9 outstanding graduating starters/leaders? You don't - so our goal was to be the best versions of ourselves.

And what a version it was! The team of 18 young men broke 5 team/individual records en route to a historic 14-2-1 season. Winners of the Broncofest, for the second consecutive season; the Section 1 vs Section 9 charity game, also for the second consecutive season; the Westchester vs Rockland charity game for the second time; and the Mt. Pleasant Cup for the fourth consecutive season and six of the last ten, just to name a few accomplishments. The boys also spend the entire season state ranked while reaching a high of #3 in New York State, had a player named to the All State team for the sixth time in the last ten season, and once again earned the academic team scholar award for the eighth time in ten season.

Congrats to those young men and their wonderful families!